The highways on the island of Kauai in Hawaii and well maintained and extremely picturesque. With the exception of a short section along the west coast of the Kauai, the highway system encircles the Kauai coastline.

The Kaumualii Highway (Route 50) runs from Kihue (the Kauai Airport) to the west, through the towns of Kalaheo, Hanapepe, Waimea, and Kekaha before ending at the Na Pali Coast. 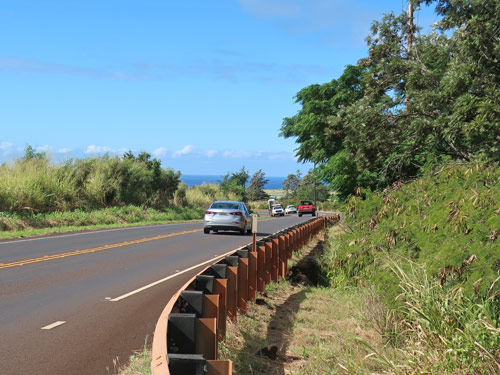 Route 56 (the Kuhio Highway) heads north from Lihue and passes through Kapaa, Kilauea, Princeville, and Hanalei, where it terminates at the far side of Na Pali.